Is cyber security magic, or just an illusion?

Magic always seems to be very popular. Just look at January's Britain’s Got Talent, which featured an improbable number of magicians in its line-up. These included ‘X’, the masked magician who was wearing something that looked suspiciously like an anonymous mask and managed to supposedly hack Instagram. A lot of cyber security technology seems to work like magic, so is this a coincidence? Is ‘X’ a reformed hacker turned stage magician? Spoiler alert: no. However, Bulletproof are fully on-trend with the magic, as our regular magician (yes, really) Paul Fowler was wowing audiences with tricks at Infosec 2019.

Infosec 2019 was where we launched our flagship S.W.A.T. Defence® service, which combines a managed SIEM with expert analyst intelligence. Magician Paul was demonstrating how cyber security is like magic, in particular the cyber kill chain. 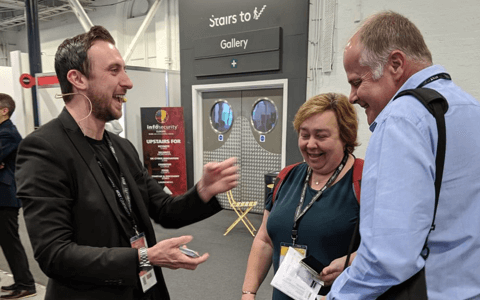 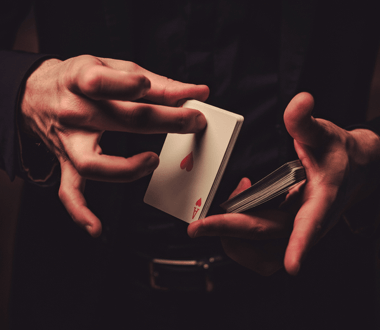 Is your server a willing volunteer for a 'magic trick'?

Magic, cyber security and the kill chain are all linked. For example, the first stage is reconnaissance. In cyber security terms, this is the would-be hackers choosing their target and using clever tools to probe for security holes, or even digging for dirt and useful info in public sources (aka ‘the internet’). This is not too dissimilar to the way a magician would select their ‘willing volunteer’ from the audience. They’ll see who’s susceptible to their powers of persuasion and figure out the best way to perform some of that classic misdirection.

Next up is weaponisation. Hackers select the right malware, craft a phishing email or build up a password dictionary for a good, old-fashioned brute-force attack. Likewise, a magician will decide on their trick and the best way to stage it, whilst avoiding letting anyone see their skilful slight of hand.

Then there’s payload. That’s where a hacker drops their malware or malicious link. This would be where a magician steals your watch, puts your phone in a bottle, or whatever. The point (I promise there is one), is that a decent cyber security strategy should be mapped against the kill chain in order to stop and block hacker activity at each and every stage.

Hackers select the right malware, craft a phishing email or build up a password dictionary for a good, old-fashioned brute-force attack.

But on to the subject at hand (or should that be up my sleeve?). Cyber security is often seen as magical on both sides. I blame questionable films and worse stock imagery – something we've mentioned before. Take hacking as an example. The media would have us believe that a few lines of code tapped into a flashing terminal prompt and, abracadabra, hackers are in. They've bypassed your perimeter so quickly and stealthily it seems almost supernatural. Penetration testing is basically ethical hacking and, whilst it’d be much easier to write 'waved a magic wand, got all the data' in a pen test report, the truth is that the ‘magic’ here is actually hard work and ingenuity. Equally, when we explain to people how S.W.A.T. Defence® can proactively stop cyber attacks, more than one person has gone 'oh wow, it’s like magic'. And, like pen testing, it is magic... if by magic you mean preparation, endless dedication to the task at hand and some clever technology.

Taking ye olde SIEM vendors as another example, we’ve come across many that will make truly miraculous claims about the effectiveness of their security product, claiming it to be a magic bullet for all your security woes. As with ‘real’ magic, this is not so much a lie but a misdirection. Much like when a magician doesn't tell you about the Four of Hearts they've got stashed up their sleeve, the SIEM vendor doesn't tell you about all the endless (and I do mean endless) configuration, monitoring, and filtering that you need to do. Sure it offers some advanced functionality, but actually implementing it requires you to employ your own team of expensive security analysts to actually run the thing. In which case, the vendor isn’t offering anything unique and it's not really magic anymore. You’ve been tricked. 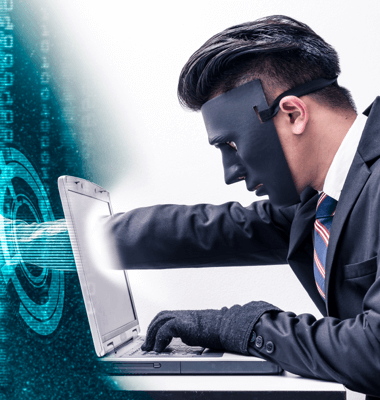 An accurate image of a modern day hacker.
When we explain to people how S.W.A.T. Defence® can proactively stop cyber attacks, more than one person has gone 'oh wow, it’s like magic'.

Look into my eyes

So how are we different? Good question. We don’t over-promise magical remedies for a start. When we say S.W.A.T. Defence® can do something, it does so right out the box. No misdirection and no illusion. When we say we can on-board you in hours, not weeks, we mean it. How can we do this? Has Bulletproof discovered the ancient arcane secrets? Err, no. Well not yet anyway. When you buy the S.W.A.T. Defence® managed service, you’re really buying the team of dedicated, trained security analysts behind it, and our in-house developed SIEM.

With hackers working hard to steal money, your security defences need to work harder. In fact, they need to work like magic. As we’ve previously considered, ‘magic’ is really just preparation, dedication, talent and technology. In the real world, that’s resolutely not magic – it’s lots of hard work. Although, as someone great once said, “sufficiently advanced technology is indistinguishable from magic.” So, actually, yeah, go on then. We're magic. In fact, just to show you how magic we are, if you read the first word of every sentence of this blog, it spells out your current email password. Go on. Try it.